Stories with fantastical elements, magic, or gods and goddesses, set in our world or someplace else. 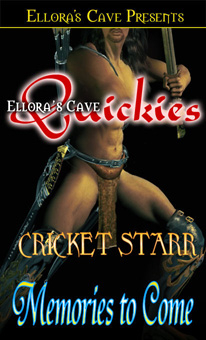 The first in the Memories Divine series, Memories To Come is about an honorable man who is given a chance to see what his life would have been like if he'd only stayed with the woman the goddess Gillian had picked out for him. 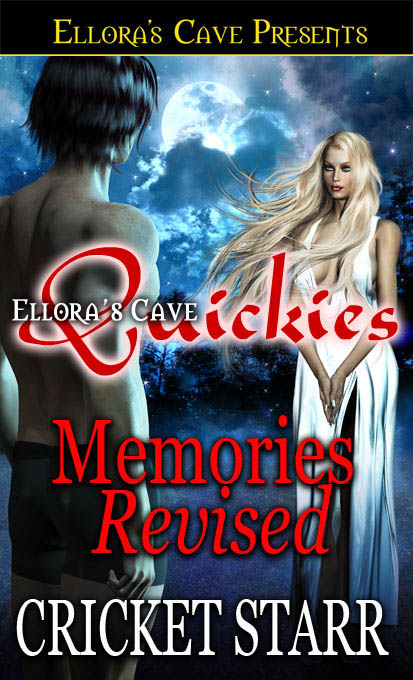 Sequel to the award-winning Memories To Come, this book tells the other side of the story, from the heroine's point of view. 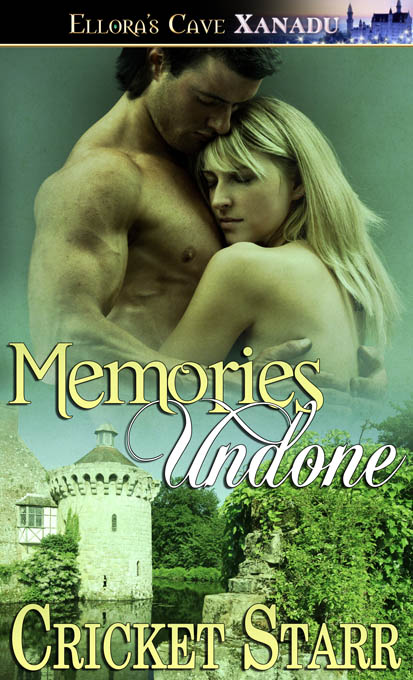 The third story in the series deals with Captain Albinan and his long-estranged wife. Albinan had been surprised by what he'd seen of Remak and Talia's story but the goddess Gillian couldn't have anything similar planned for him. Or could she?

Violet Among The Roses 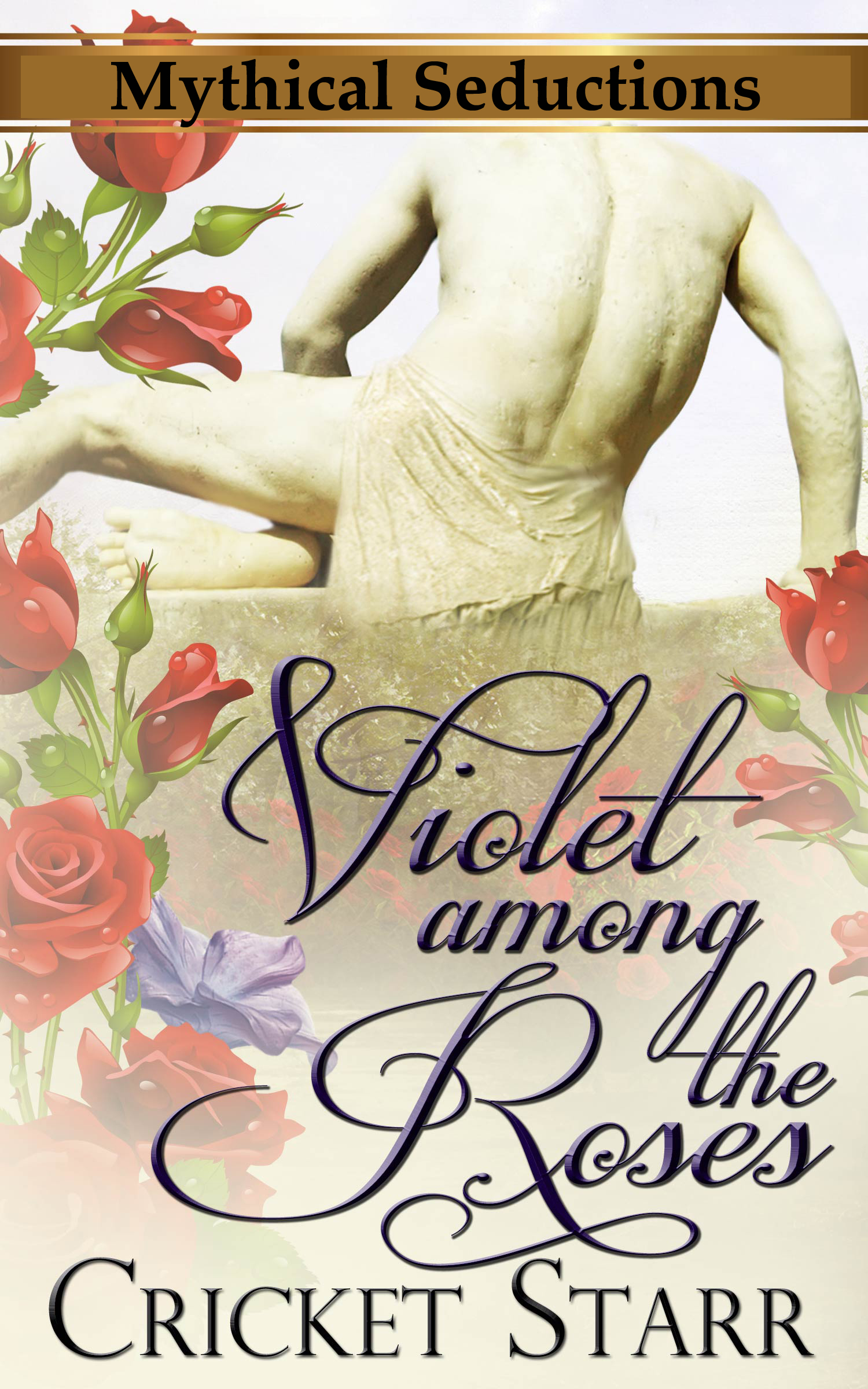 Three thousand years ago Narcissus was too self-absorbed to love anyone but himself. His spirit trapped in a statue in a public park, he never expected this to change...but then a little girl named Violet stared into his face and called him “Nick”. Now Violet Smith is a grown woman whose slime-ball boyfriend dumped her after she lost her job. She’s in serious need of a friend--and lover--and Nick wants to be both to her.

The goddess Aphrodite has made Nick human for two nights and a day. Will that be long enough for Nick to learn the true meaning of love, so he can earn his freedom and a place by Violet’s side? 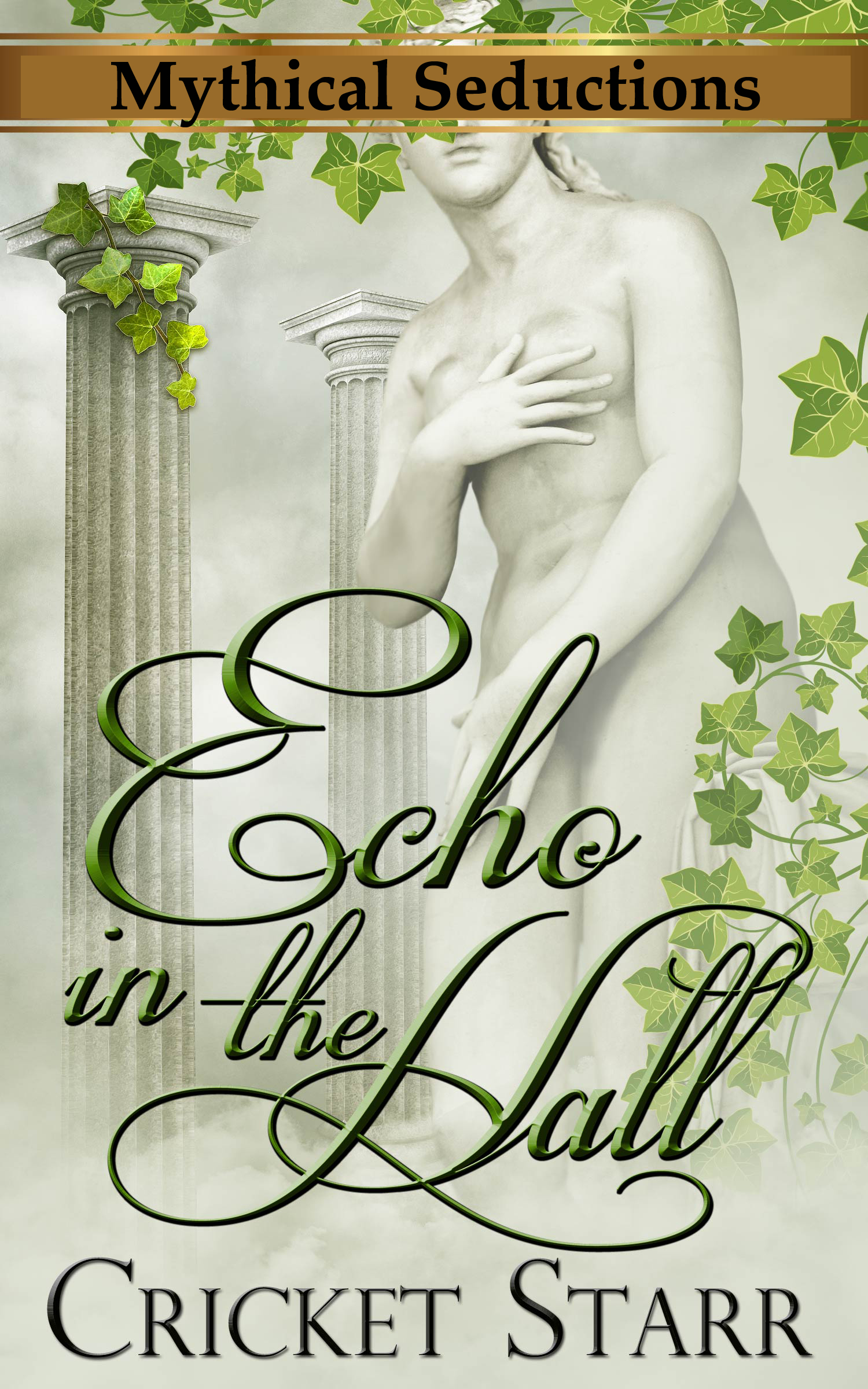 Echo In The Hall is the second book in the trilogy, taking place after Narcissus (now named Nick) and Violet have been married for a while. They make love at the museum, something that catches the attention of another statue with the spirit of an old soul living in it. In this case it is Echo, who once loved Narcissus. Also at the museum is a guard named Alex whose girlfriend ran out on him leaving him with a good reason not to trust women. He thinks he's just going to have casual sex with Echo.

Unfortunately that leads to Echo becoming mortal and Alex ends up taking her home to live with him. Echo must make Alex love her or she might end up a spirit again. In this book, Nemesis, who is an antagonist in the first book is actually Echo's good friend and tries to help her sister nymph earn Alex's love, even if she has to steal an arrow from Eros to do it. 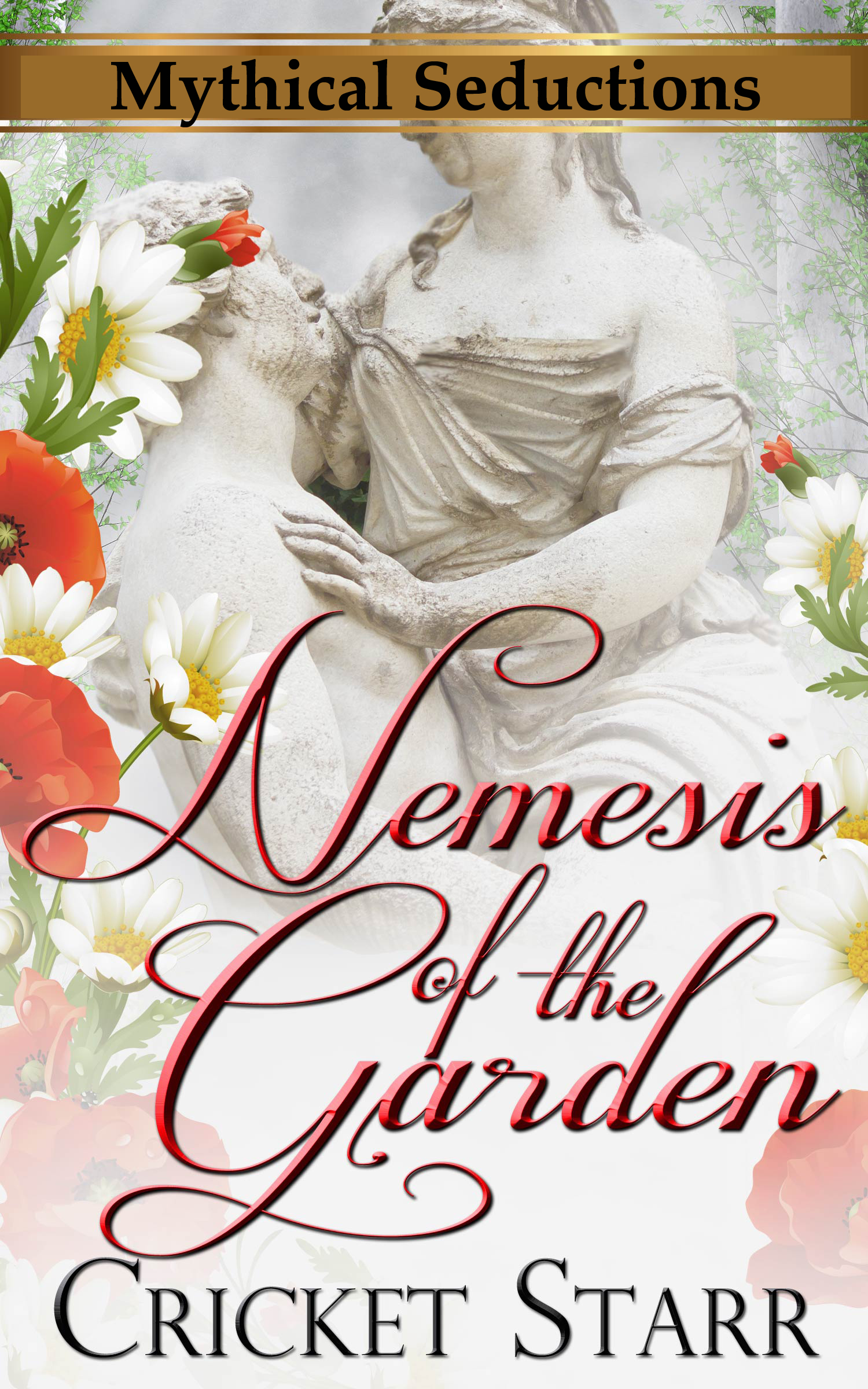 Nemesis Of The Garden starts up about six months after the events of Echo In The Hall, with Nemesis and Pan living together in Olympus and trying to make sense out of their relationship after being hit by Cupid's arrow. They both secretly wished they were together for reasons other than a magical arrow but there is a long history between them and not a good one. When Nemesis and Pan were lovers centuries before, Pan got drunk and spent the night with a vestal virgin and Nemesis being a vengeance nymph has never forgiven him.

As if their personal problems aren't bad enough, the Titans are plotting an escape from their specially built prison of Titanous and they intend to use Nemesis as part of the plan. Add in Aphrodite and her hubby, Hephaestus, and more than one Mythical Seduction may be needed to save the day. 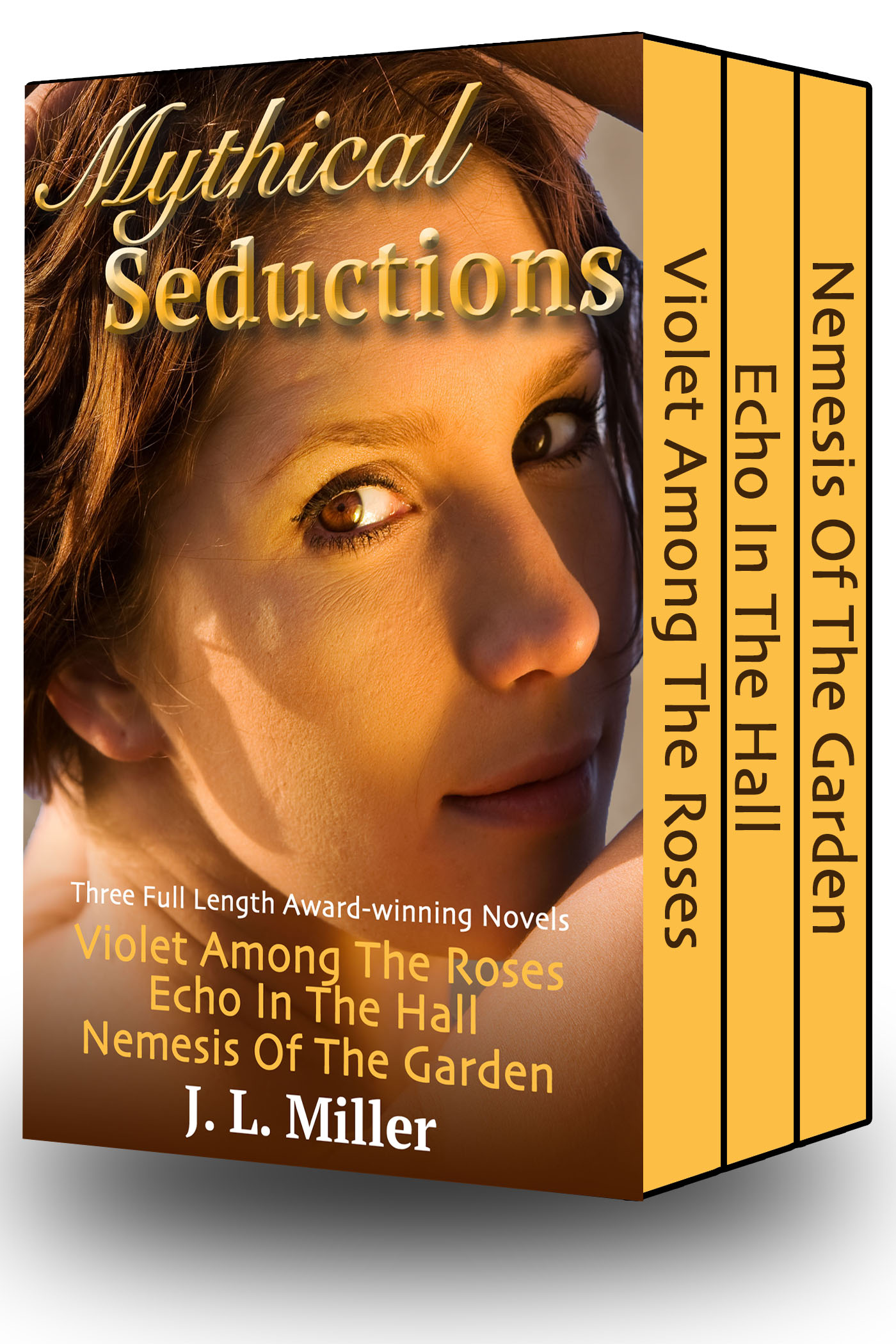 All three novels, Violet Among The Roses, Echo In The Hall, and Nemesis of the Garden, collected into one convenient and money-saving package. 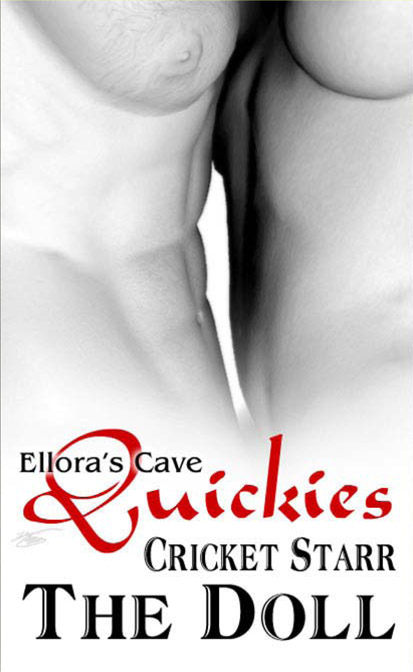 A woman finds a highly detailed anatomically correct doll at a curio shop and on a whim buys it. But there is nothing whimsical about the invisible spirit that visits her that night and makes love to her. 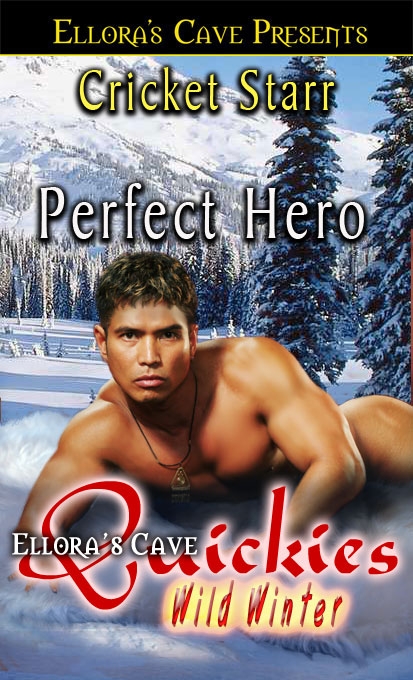 Melissa has no idea what to do with the game character who climbed out of her monitor, professing to be her hero. Fortunately Bran has a few ideas of his own and they don't involve real swords.