The last person Stella Robertson expected to meet at a late evening signing for her latest vampire book was a handsome man wearing a tux, cape, and realistic vampire fangs. But it was Halloween so she dismissed his claims of knowing more about vampires…until he spoke directly into her mind and convinced her he did know what he was talking about.

As prince of the California nightwalkers, Sebastian Moret knew it wasn’t wise to get too close to his favorite author, but she was so lovely, so sexy, and her blood so delicious—sometimes even a four-hundred year old vampire is tempted into a mistake. But this mistake haunts him when Stella seeks him out, not once, but twice. When she tracks him to his winery in the Napa valley, Sebastian is forced to make Stella his companion to buy her silence.

Given their rocky start, both Stella and Sebastian know their relationship needs work but when Sebastian and his werewolf servants come under attack, the pair must put aside their differences and use all of their wits and talents to thwart the plot against them.

Now he looked affronted. “I didn’t mean what you clearly think I meant. If you’d accompany me tonight, I’d promise to be a perfect gentleman. I just want to talk about your books. I could help you with them.”

She wasn’t buying the “gentleman” line for an instant. Those silver-gray eyes still held enough heat to melt the resolve of a vestal virgin—and she was no virgin. Besides that, after seven books, two on the bestseller list, she certainly didn’t need assistance with her writing.

“I don’t need help with my books. I’m doing just fine with them.”

“You need a great deal of help, Ms. Roberts. Your books are well-written, and your stories intriguing, but when it comes to vampires you don’t have the slightest idea what you’re talking about.”

Stella jumped to her feet and stretched to the limit of her five-foot five-inch height. Unfortunately her adversary still held a one-foot advantage over her, so she let her fury make up the difference.

“I have written seven books, won dozens of awards and pleased thousands of people, none of whom have ever commented that my vampires were anything but true to their natures. Who are you to tell me that I don’t know what I’m talking about?"

For a moment he glared down at her, his molten stare boring into her. Only her own anger kept that stare from melting her into an incoherent puddle.

Prince Sebastian’s jaw tightened and he turned, striding rapidly to the door.

“You forgot your book!” Stella snatched it off the table and held it up.

Without glancing back, he addressed the wide-eyed clerk near the cash register. “Put it on my bill and send it with my usual order. Add to it the rest of the signed books on that table.”

Opening the bookshop door, he paused in the opening and turned for a final frown back at her. Stella felt the weight of his anger as if it were her own but met it with a determined glare.

Then she heard his voice again, rich and vibrant—but he hadn’t opened his mouth to speak. Instead of in her ears, his voice sounded in her head, and that shook her to the core.

What I am, Stella Robertson, is someone who does know what he’s talking about!

Jaw dropped, she stared as the door closed behind him.

Five Angels! Fallen Angels Reviews ...Stella, oh wow, I loved her. She was courageous, even when an amazing world is exposed to her and her life view is turned upside-down. With a traitor after Sebastian they are forced to run and the twists and turns that the plot took were suspenseful and well written. - Serena

Romance Reviews Today ... Four hundred years can make a man mighty arrogant, and Sebastian doesn't disappoint in TASTING NIGHTWALKER WINE. But he's just run across the one thing destined to bring him down to size...a thoroughly modern woman who will not take no for an answer when it comes to loving him. - Kathy Samuels 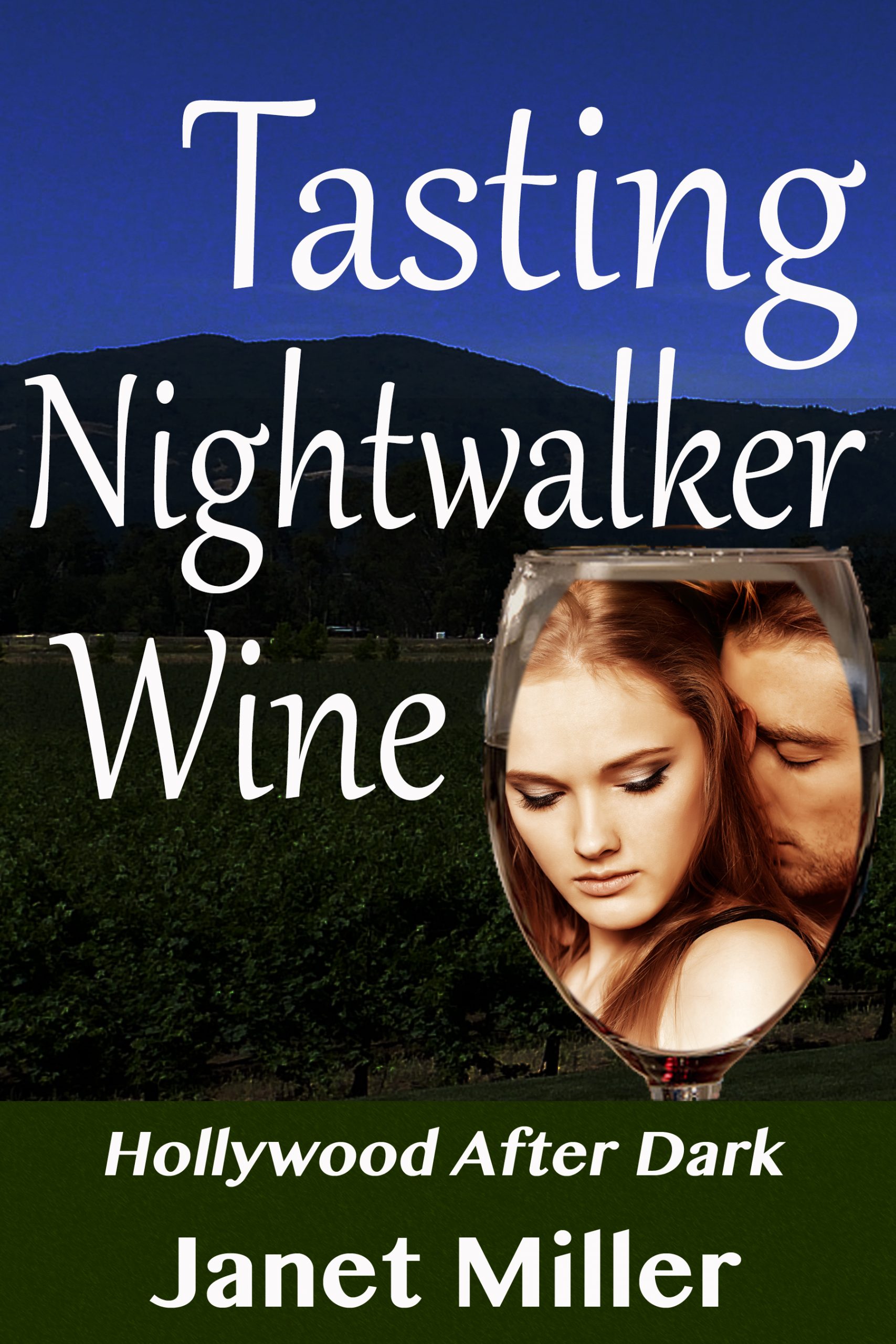