Stories that take place in the future, even if it is a vampire living in outer space. 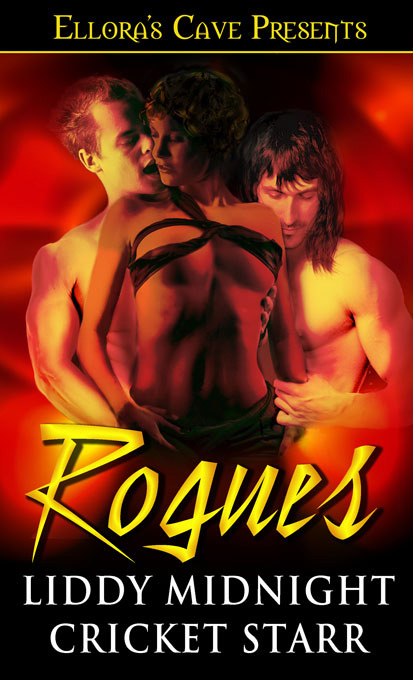 Futuristic paranormal romance with a vampire, a werewolf, and a psi trying to puzzle out their relationship at the same time as they're trying to find out who wants them dead. Two men and a lady allow all kinds of possibilities in bed and out. A collaboration with Liddy Midnight. 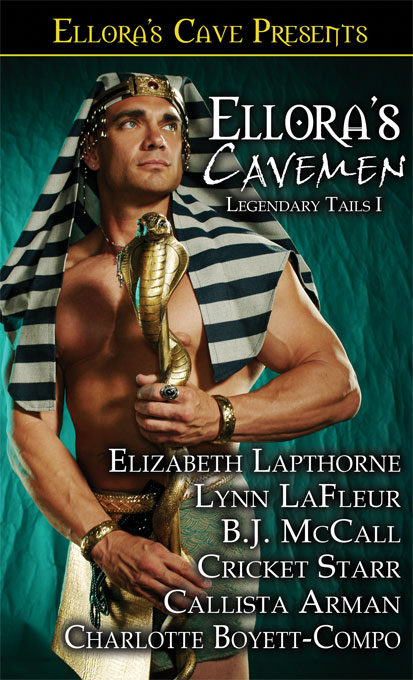 When her sister was selected to be the dinner of an outer-space vampire in exchange for supplies, Josia Ashen took her place assuming it would mean her death. But Dark-pilot Dimitri is delighted with the spirit as well as the body of the lovely woman he finds tied to a tree. Even Arthur, his fussy computer, approves of the voluptuous Josia. Dimitri wants to make her status as his “bride” a reality, but a hasty promise to her sister may come back to haunt him if he can’t earn Josia’s love. 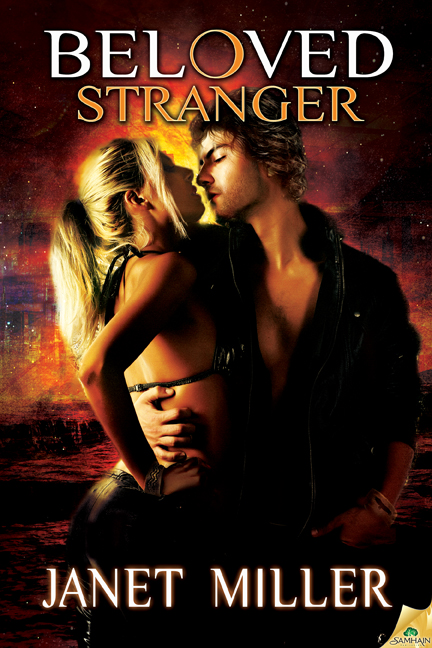 A new Gaian book available now from Samhain Publishing! Beloved Stranger is the story of a young woman from the Outer Colonies who many years earlier had been kidnapped along with her sisters and taken to a Gaian prison/mining colony for an illegal marriage meet. Sonja got away but her sisters had ended up as wives. Now Sonja is back to rescue her sisters and is willing to do anything, including marrying a Gaian prisoner to find them. Trouble is Roan Dumas is the man she's picked to be her husband and he's just as determined to keep her as she is to get away. Now available in print as well as ebook formats! 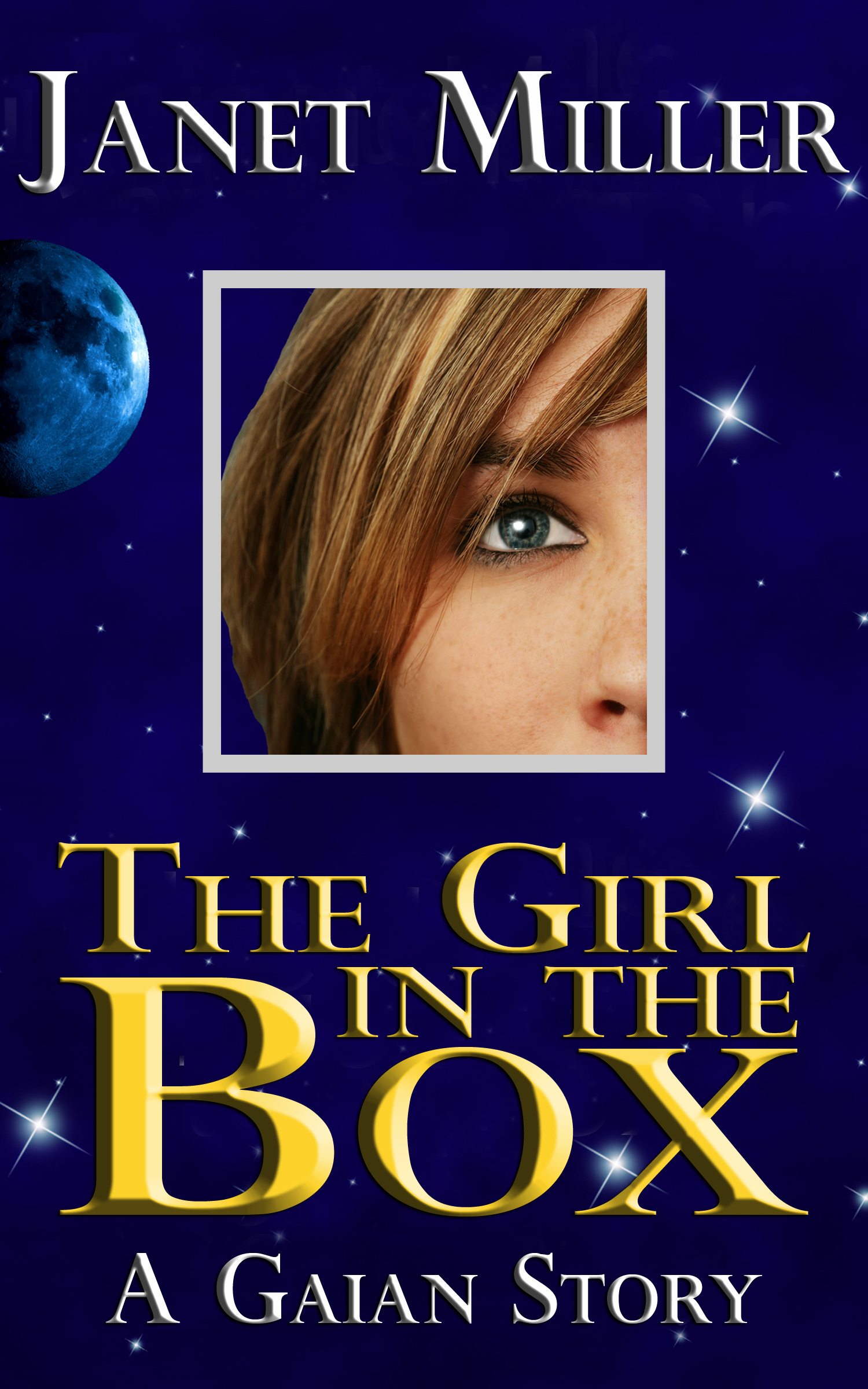 A short story featuring the son of Garran Doranth, hero of Promises To Keep. Amirilla Asteras's only constant friends had been the stars she's lived amongst until she started a long-distant relationship with Ganth Doranth, who operates a Gaian freighter with his father. Both had agreed early on to audio only communications so she's never seen Ganth, but he's wormed his way into her heart anyway. Unfortunately Ganth is a Gaian man and must attach to a suitable woman, someone whole and healthy, and Ammi has been confined to a motorized box-like wheelchair all of her life. She knows her mis-shaped legs should keep her and Ganth apart and she dreads having to tell him the truth about her, but the tricky Gaian man has something else on his mind and seems determined to meet her in person, whether she wishes it or not. This story was originally published in the Dream Quest Anthology edited by Linnea Sinclair and JC Wilder. 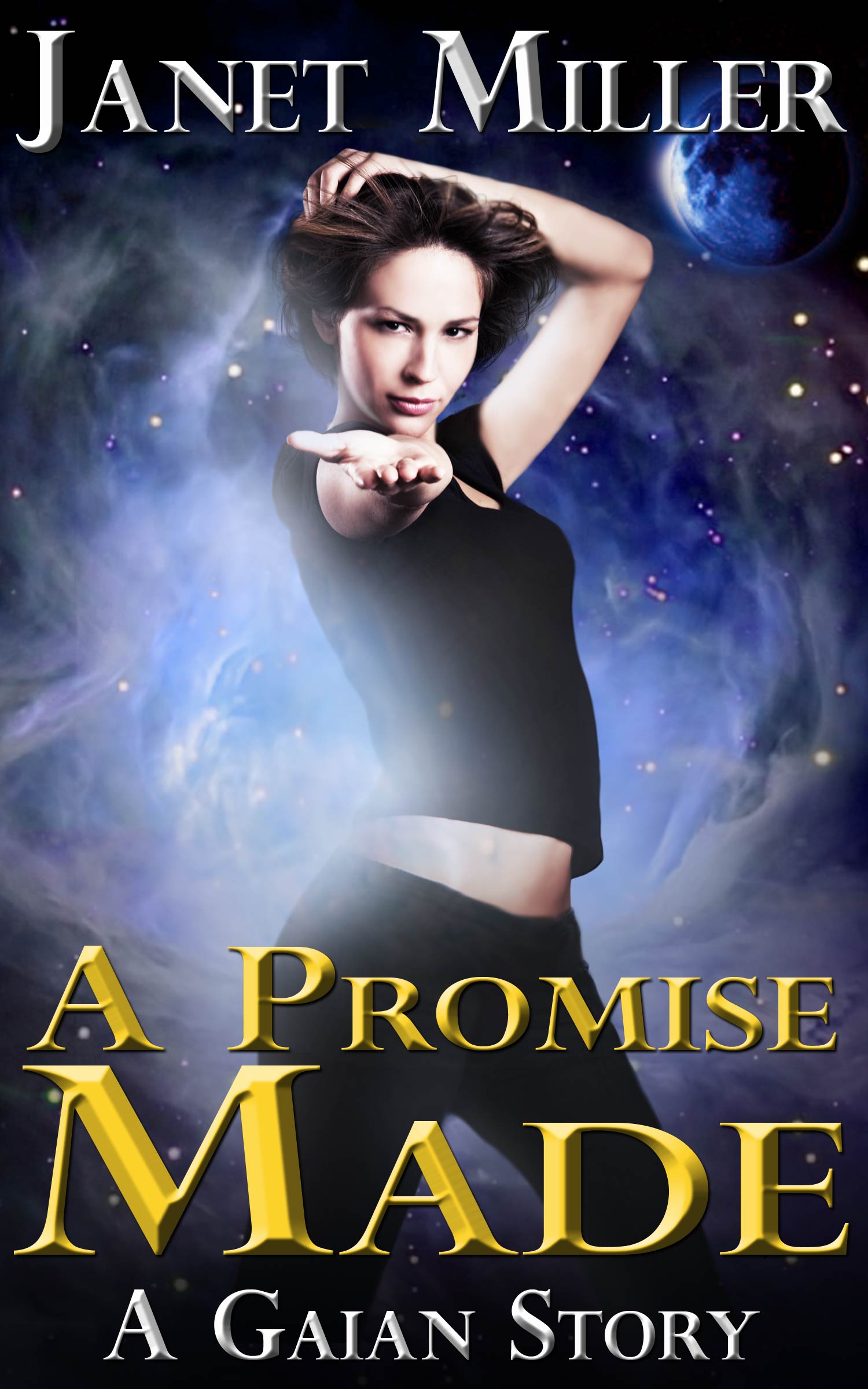 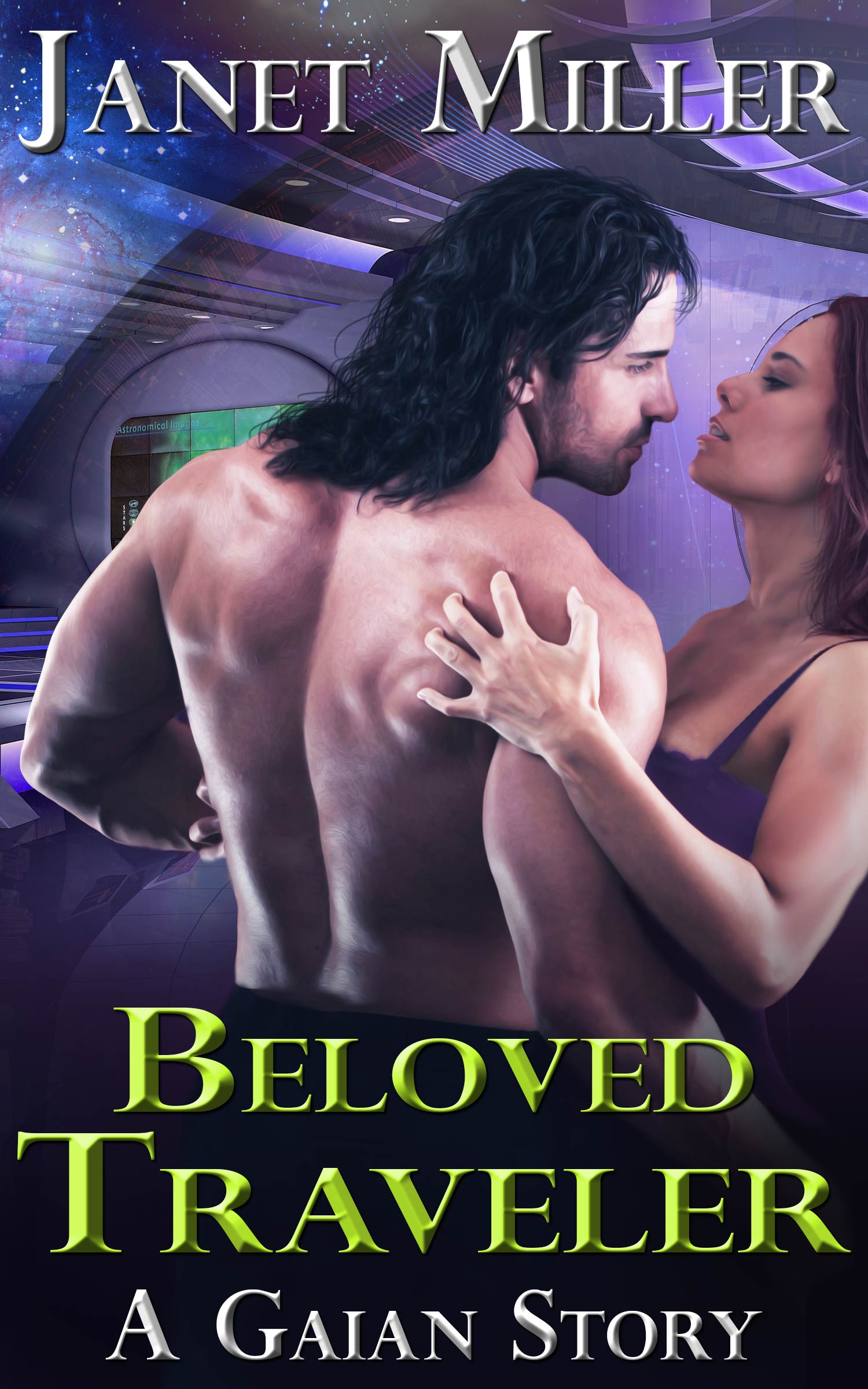 Beloved Traveler takes place right after the time period of Beloved Enemy and is a true sequel to the book. Again we have Mea and Kavath but the heroine is their nanny, a Gaian widow named Ana and the hero is Mea's brother, Jack. Jack has been playing pirate for the past several years, liberating the slaves of his former shipmates, many of whom are the scattered members of his Traveler tribe. He doesn't want a woman in his life but when Ana comes to his home he's drawn to her.

Ana wasn't happy with her Gaian husband and hasn't wanted to go back to another marriage meet to find a new one, so she's surprised when "pirate Jack" turns out to be a man who can touch her without making her ill. Neither of them expect their love affair to be anything but short. But then the slavers show up forcing Ana and Jack to work together to defeat their plans. 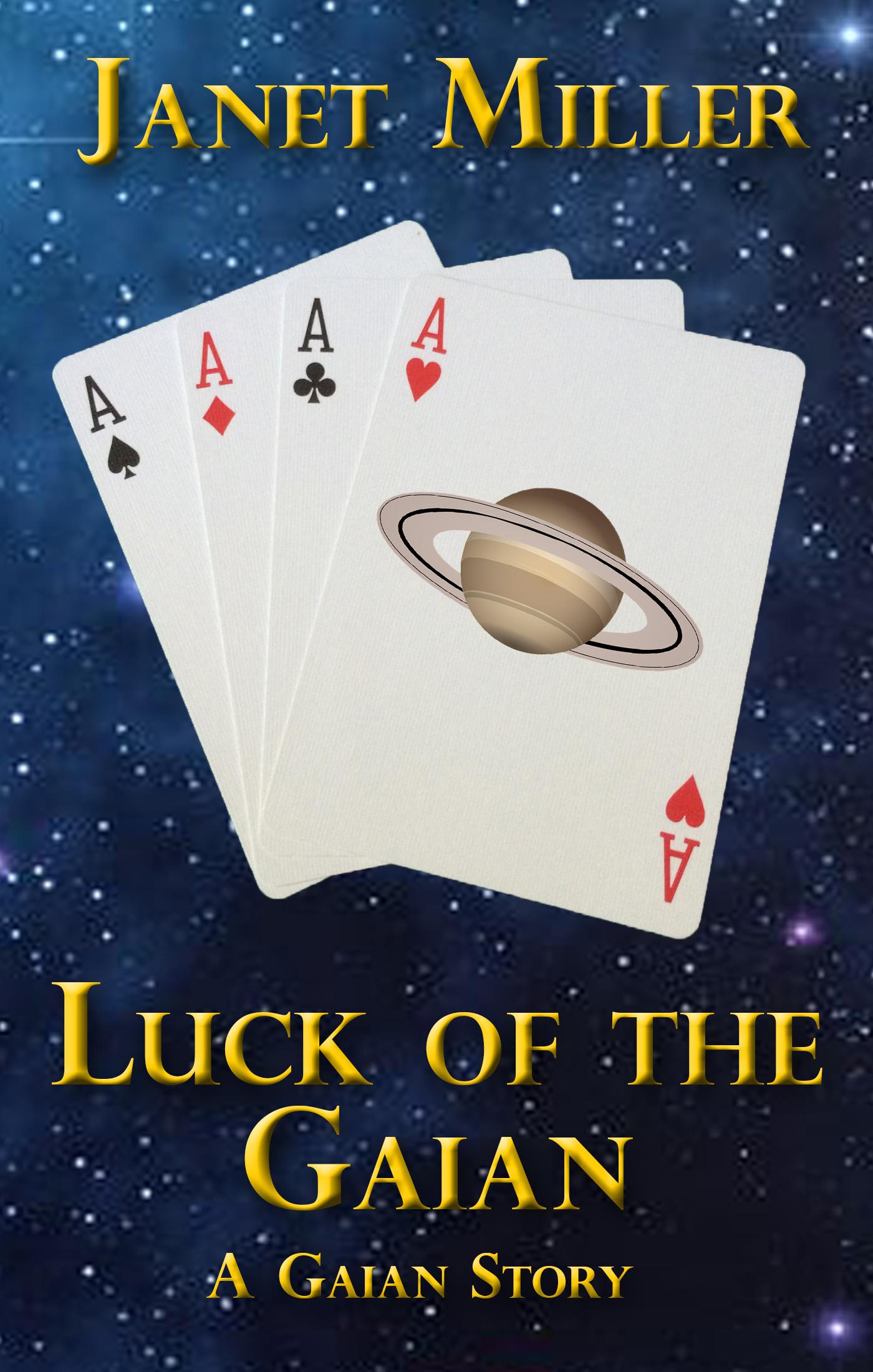 This is a story set in a distant part of the Outer Colonies, where a lonely single Gaian trader tries to find female company in the only place on a space station that will allow him to keep his mask on. 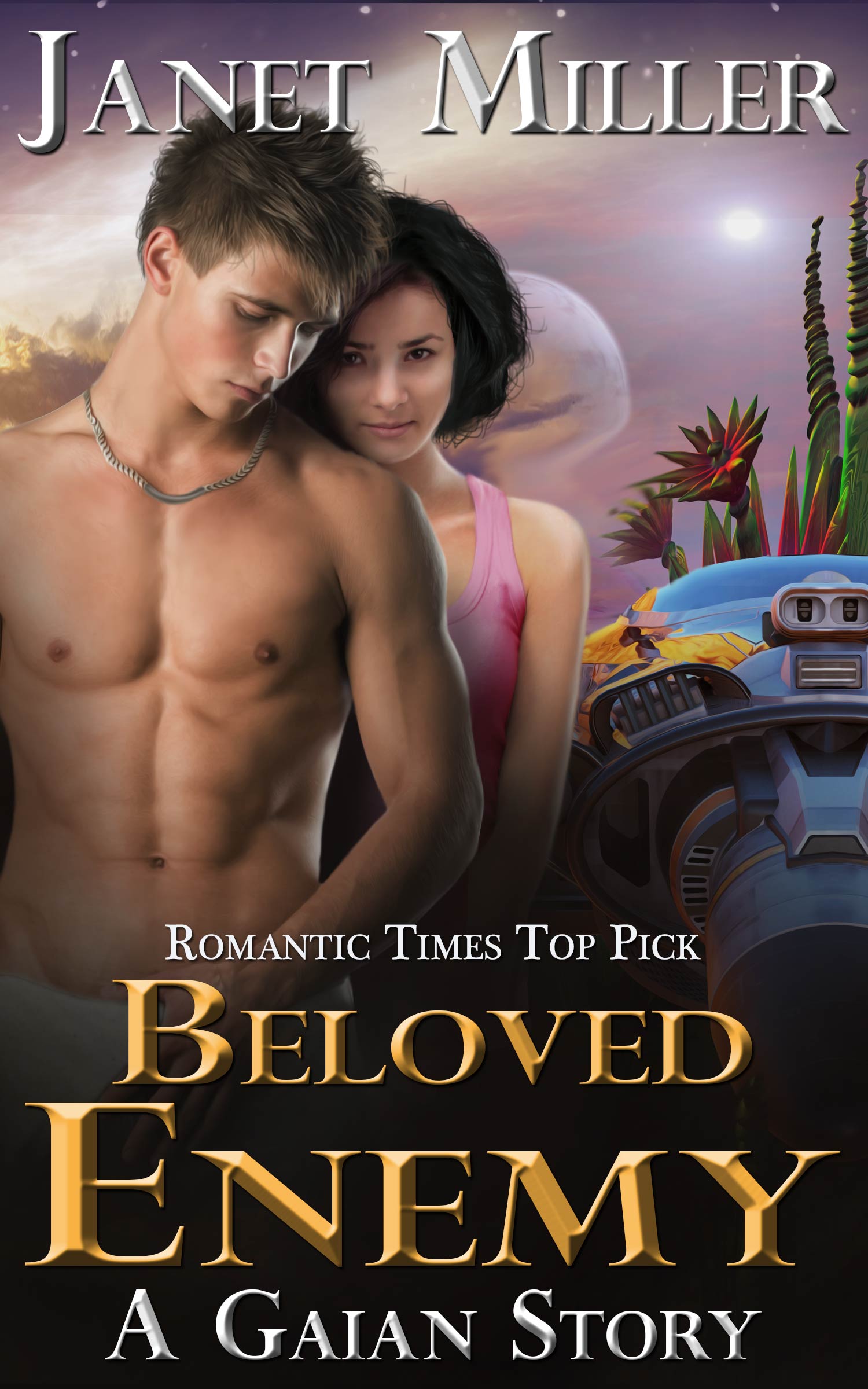 Beloved Enemy begins during the war, when two starship fighter pilots are stranded on a deserted jungle planet and have to cooperate to stay alive until rescue comes. Lieutenant Meagan An Flena is from a race of space-faring “gypsies” called Travelers, but when her family was killed she chose Earthforce over a prison cell. She wouldn't mind bunking with Kavath, but when he talks about sex all he wants is marriage. Mea is a source of mass confusion for Pilot Kavath Terrell. He had no idea he was chasing a female Earth pilot when he followed her to the surface of the planet, and he’s dismayed to find she’s his sexual match…okay, sure, he likes it that she’s a match, but unless he can marry her, he’s not going to give into the temptation she offers. Or will he? There is just too much to admire about this little woman who shot up his ship and has now captured his heart. Eventually these two will have to decide if what keeps them apart is more important than what they have in common... friendship, respect, and love. 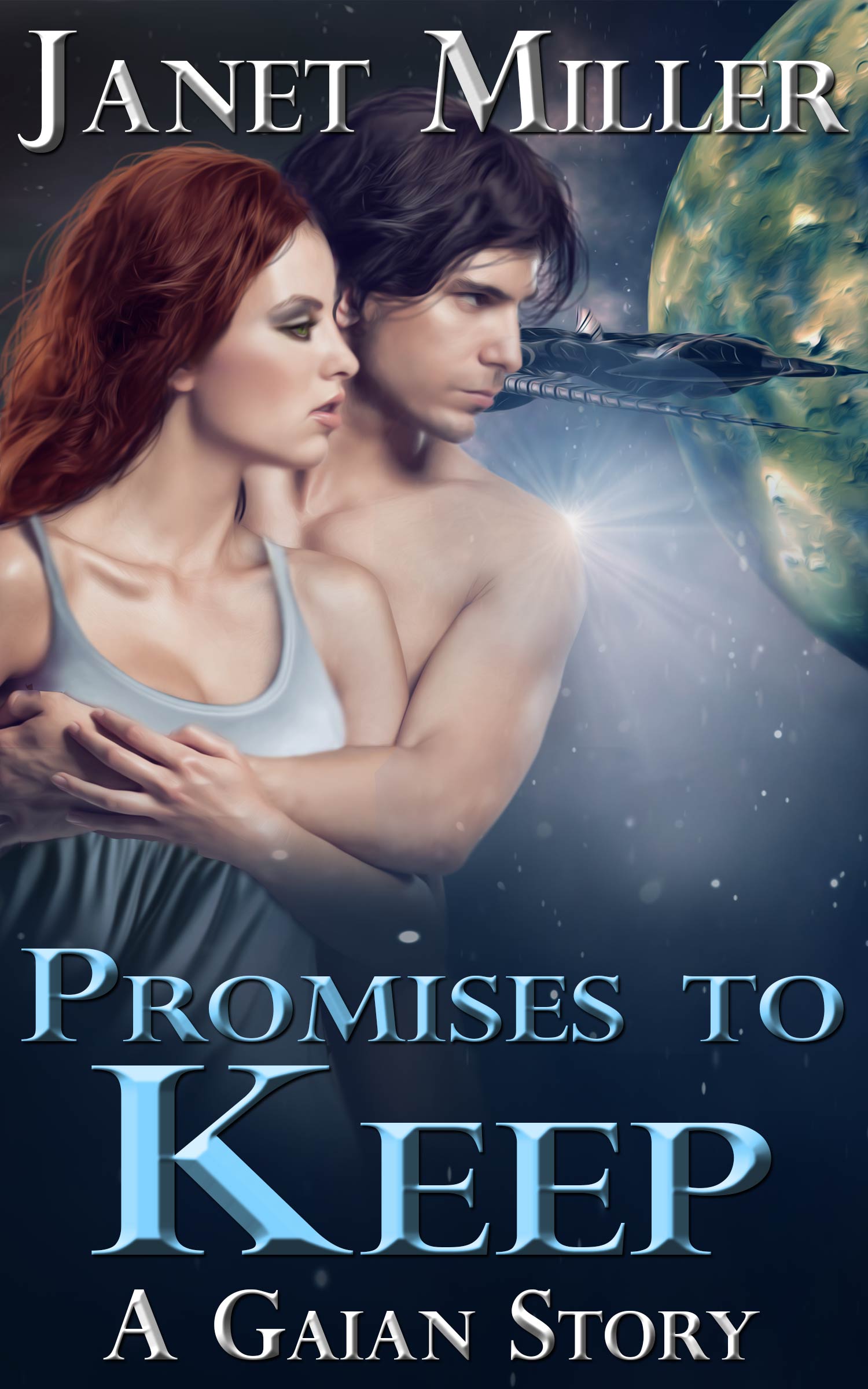 The first book, Promises To Keep is set after the war, when Gaia is attempting to rectify its population problem by kidnapping women headed to become brides in the Outer Colonies. On the Gaian flagship, The Promise, Gaian men woo and win the ladies of Earth… in their own peculiar fashion. General Garran Doranth doesn’t intend to attach to anyone, much less a fiery redheaded Earth doctor, but when Doctor Sarah Johnson slaps him on their first encounter, winning her as his wife becomes his top priority. Unfortunately Sarah lost a close friend during the war and blames the General. Fortunately Garran has a lot in his favor… not the least of which is that Sarah won’t see his face until she’s wed to him. Then all he has to do is use his wits and charm to convince her to stay married. What could go wrong with that? 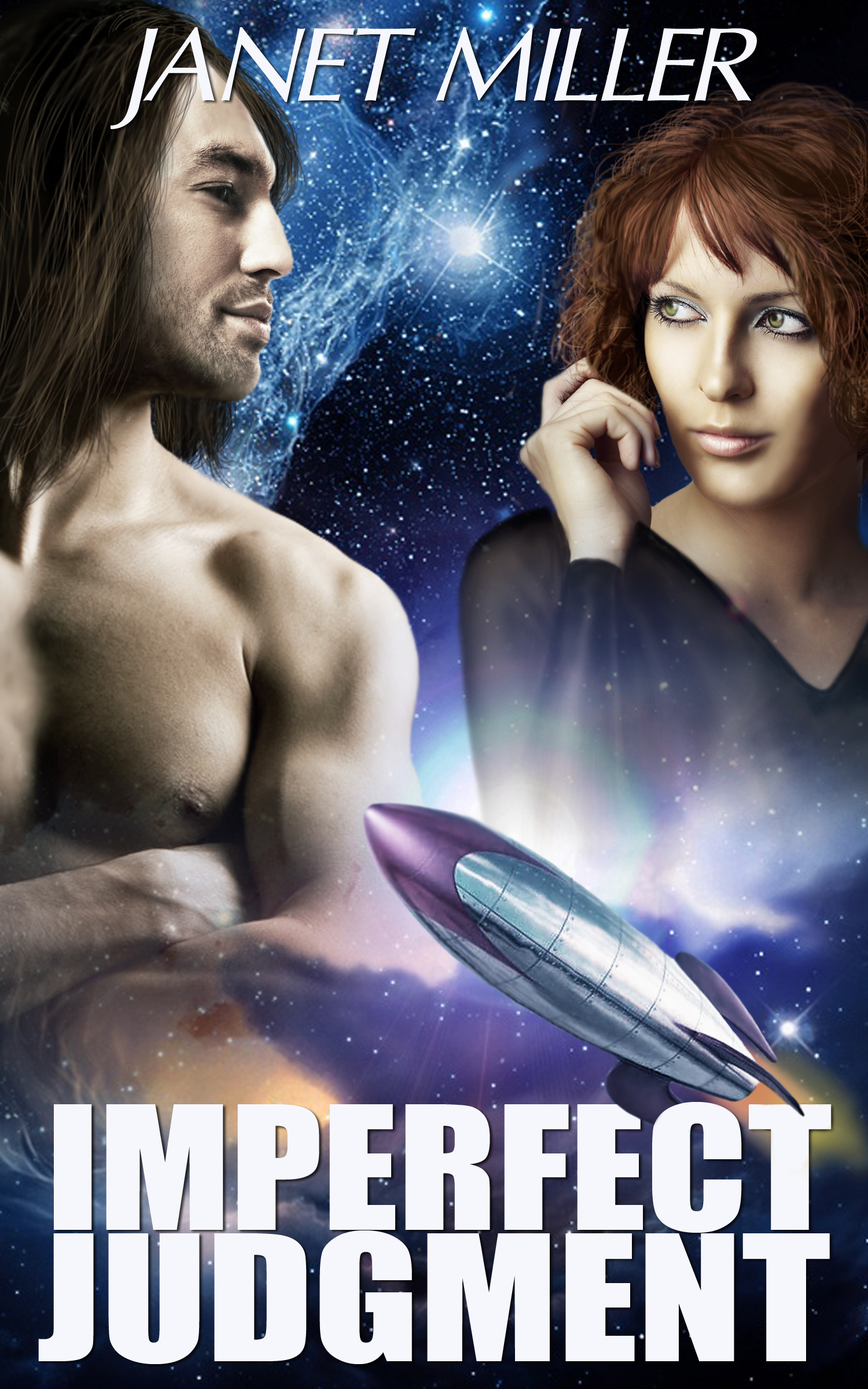 To save his sister and people, Diam was told to drive away the newcomers to his planet Gallia. But then he meets and falls in love with Justina, the new colonists' doctor. Now the pair must convince his people that both colonies can work together to solve their mutual problem of survival. 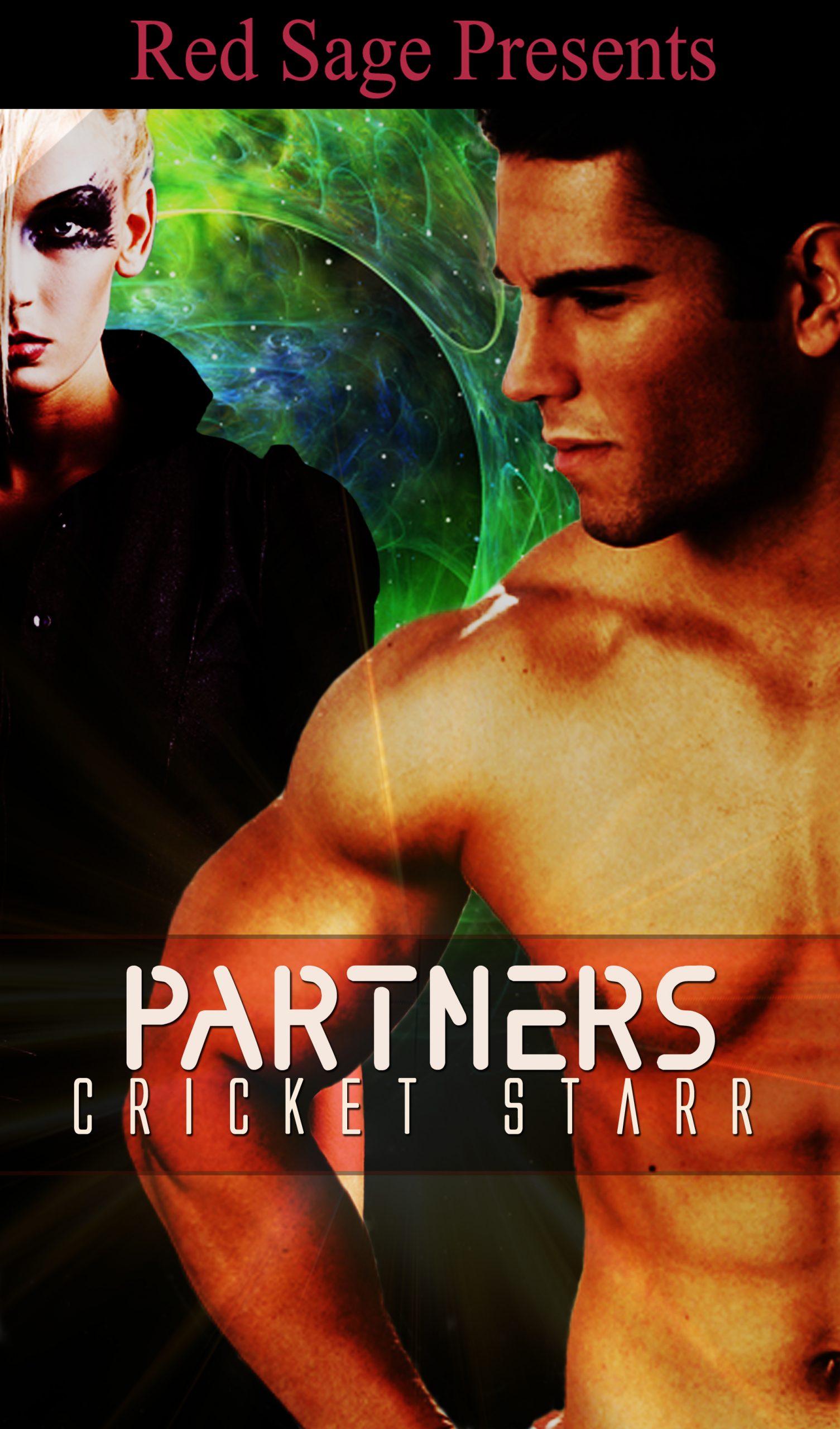 Reyna was doing fine on her asteroid claim until Steel showed up to be her partner. Now they both have a lot to hide. 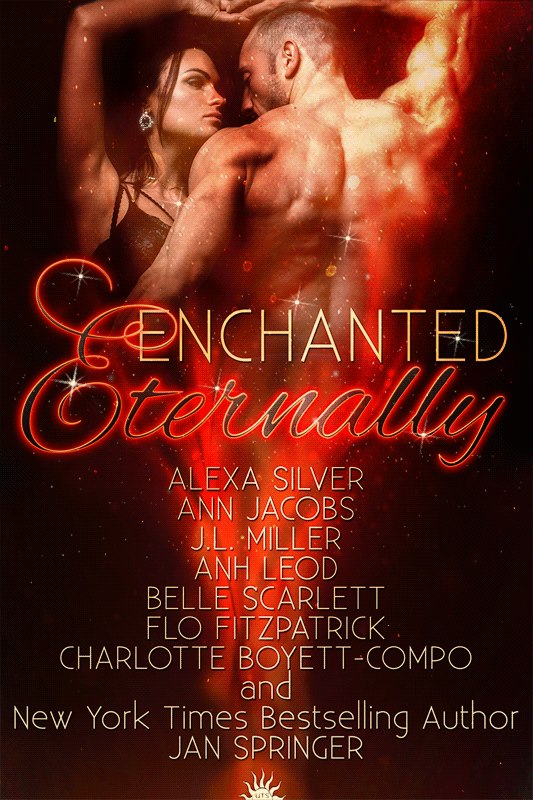 In a futuristic time Zelion warriors Gehon and Jackon have found their perfect match, the woman to marry and bear them children... unfortunately, it's the same woman for both of them. 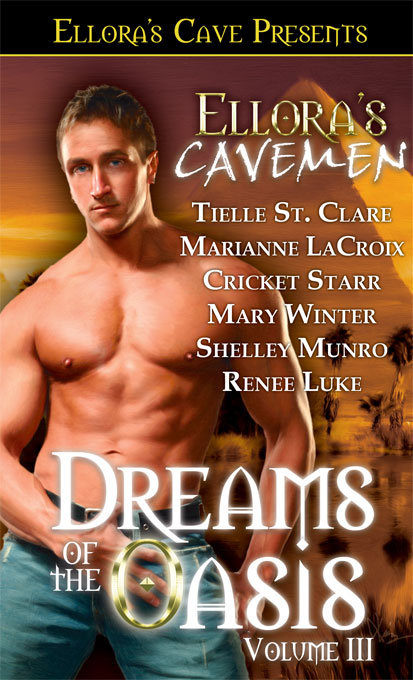 Dina wishes she could remember why she came to be with Gall, the handsome prince who pulled her in out of the rain and into his bed. Unfortunately when her memories return it might separate them forever. 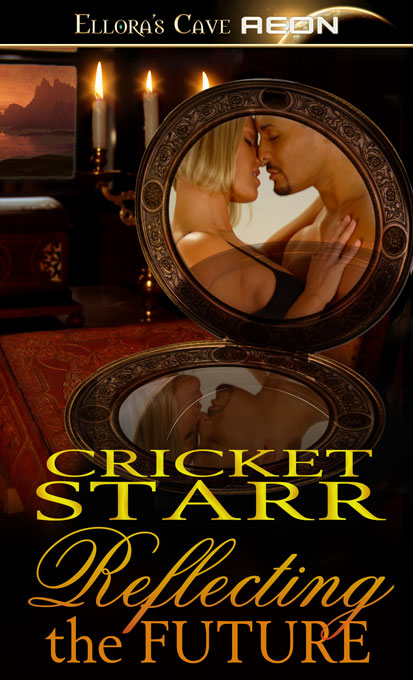 John Forge, station chief of a Martian mining colony, is in love with his morale officer, Suzie Shelty, who is looking to introduce the station to the first Christmas holiday on Mars. With a little holiday magic, he just might get what he wants for Christmas - Suzie!